Our history began when the Evangical United Brethren Church was organized in 1927, and the log church was built in 1932. 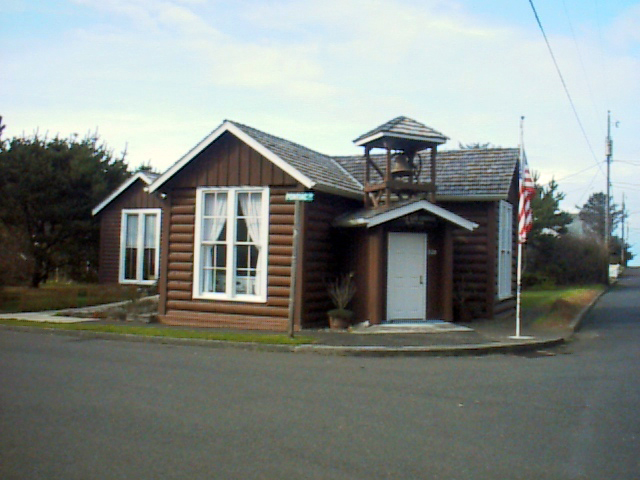 Presbytery was petitioned in May of 1948, and in January 1950, the church became a Presbyterian Church and retained the name "The Little Log Church By the Sea." The 1949 budget was $2,070.

The early church held vespers on the beach, sponsored a displaced family in 1949, and connected the manse to the building in 1950.

By 1951 two services were required to seat everyone in the small sanctuary. In 1954 the church purchased its first electric organ, and became incorporated on February 24th.

From the late 1950s until 1969, the church owned beach property upon which an education building had been built. This building gave a room for five classes, a kitchen, and workspace in the basement. When the property was sold, the deed would specify that no intoxicating liquor could be sold there.

By 1965 the Little Log Church was sold to the Lincoln County Historical Society and on September 29, 1968, the church officially became the Yachats Community Presbyterian Church (United Presbyterian USA). 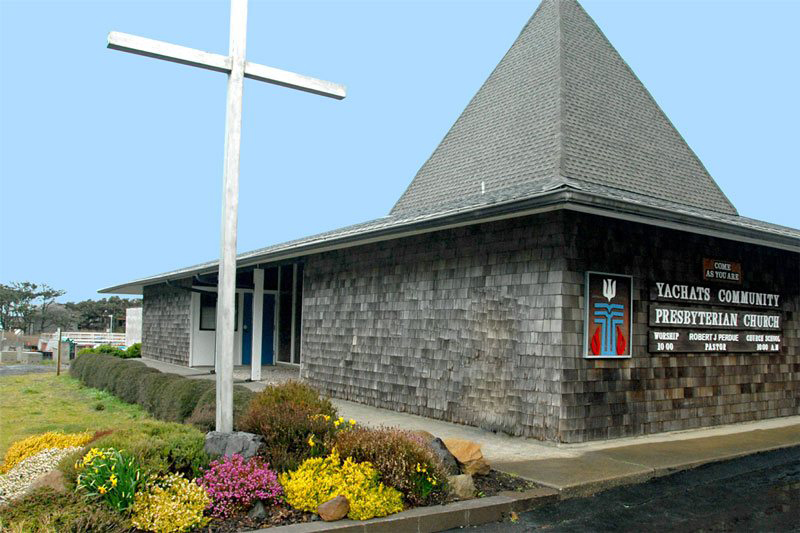 1969 was an exciting year as the construction started on the present church facility between 6th and 7th Streets. The townspeople worked together to build the agate windows - a project that "couldn't be done." Thus the church became known as the "Church of the Agate Windows." These windows may be the only agate windows in the world. The dedication service was March 22, 1970.

In 1981 construction began on the Fellowhip Hall addition which was dedicated in 1983. 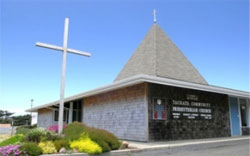 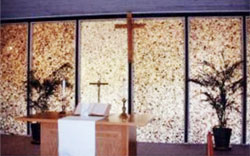 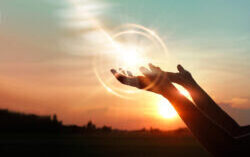